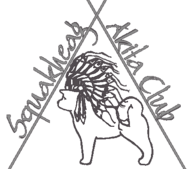 ​To encourage and promote quality breeding of purebred Akitas and to do all possible to bring their natural qualities to perfection.

To urge members and breeders to accept the standard of the breed as approved by the American Kennel Club (also referred to herein as “AKC”) as the only standard of excellence by which the Akita shall be judged.

To do all in it's power to protect and advance the interests of the breed by encouraging sportsmanlike competition at dog show and obedience trials.

To conduct sanctioned and licensed specialty shows and obedience trials under the rules of the AKC.

The Squakheag Akita Club, which is generally considered to be the “local” Akita club for New England, is one of the oldest continuously operating Akita clubs in the United States.
The SAC originated at approximately the same time that the AKC recognized the Akita breed and was “born” in Northfield, Massachusetts. The name is derived from the village of Squakheag, which was a settling place of the native Pocomutuc tribe. It is unknown why this name was chosen for a dog club, but perhaps it is tied to the oral history of the native population. These Native Americans were a small group, who were very resolute in the defense of their territory and extremely loyal to one another. These were quite probably the same traits that drew these early breeders and fanciers to the Akita breed.

During the early years, the club grew and began to incorporate members from other areas of New England. As interest in the breed grew, so did the functions of the club, with members offering guidance to newcomers in the areas of breeding and showing Akitas, and responsible pet ownership.

One of the highlights of our early years was to host the 2nd Independent National Specialty, which was held in Wallingford, CT in 1987. This was a time in history when the Akita Club of America had a very limited role and 90% of the work to put on such an event was done by the local club! This National Specialty will always be remembered not only for the many wonderful Akitas in attendance, but also for the full array of New England weather. We had sun, rain, snow, ice and mud – and that was all on the same day!

Squakheag Akita Club members have always been very active with breed rescue; first with a group called New England Akita Rescue Association and then with a very pro-active rescue within the club. This was at a time when the breed rescue groups we know now had yet to be formed, and local club rescues were mainly self-sufficient.

Another hallmark of the early SAC years was the Akita matches and Rare Breed shows hosted by our club. These grew to be two day events held in Meriden, CT where the bulk of our entry were breeds not yet recognized by AKC, such as Australian Shepherd Dogs, Shar Pei and Shiba Inu. Our fun matches, first held at Mary Echols’ home in Malborough, CT and later at Debbie Reddick’s in Goffstown, NH were eagerly anticipated events, which brought our Akita community together.

Our current membership includes breeders and fanciers from Canada to North Carolina. We also have five AKC licensed breeder-judges amongst our membership.

During our close to 40 years as “caretaker” of the Akita breed, the Squakheag Akita Club has seen many changes, but our devotion to the betterment and preservation of the Akita has remained constant.

Welcome to the Squakheag Akita Club! 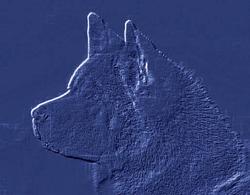 Who are we:
Squakheag Akita Club is a Private Club for the Akita Fancier of New England